My son, Jason, has been in town for the last week and a half, so I've been busy, busy, busy! This past Sunday he and I went to Phoenix International Raceway (PIR) to watch the Subway Fresh Fit 500 NASCAR Sprint Cup Series.

We went with a tour group from our park. The bus picked us up right at the club house, 8:20 am sharp. 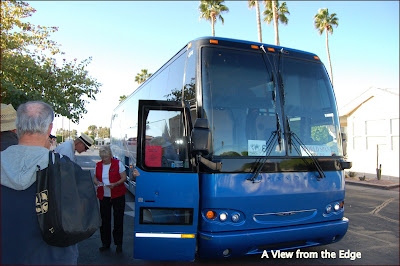 It was about an hour ride to Glendale where the track is located. There was already bumper-to-bumper traffic when we arrived a little after 10:00!


Here is one of the main entrances. 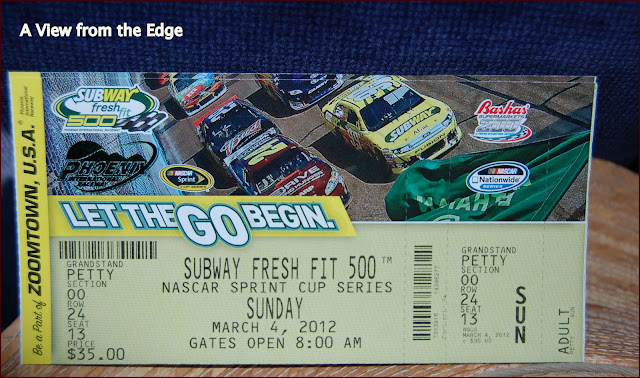 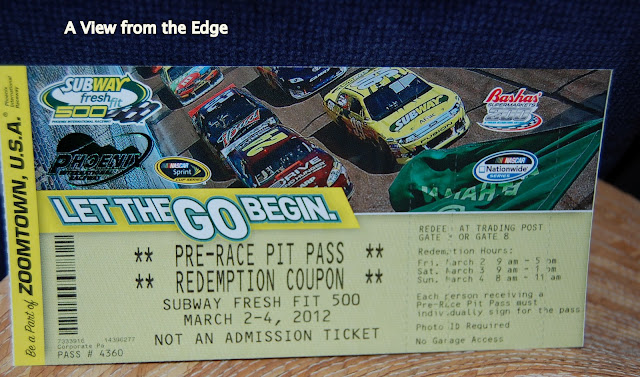 We didn't notice till we arrived that the pit pass was only good till 11:00 am. By the time we got off the bus, it was already 10:15 am. Many people chose to skip going to the pit. You see, we had to REDEEM the coupon to GET a pass to go to the pit. This meant that we had to stand in a long, long line. Jason and I decided, "What the heck?"

I'm glad we did. The line moved very quickly, surprisingly, and within 15 minutes we were making our way to the pit.

We just followed the tons of other people through the tunnel under the track and over to where the action was at. 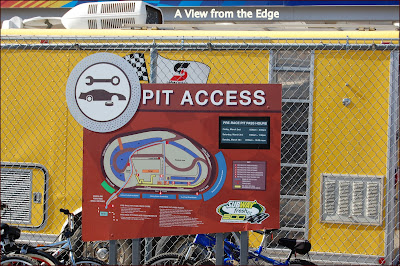 I was actually feeling kind of special.....until I saw all the other "special" people just like me! Ha ha!


We had to go up and over walkways where the cars were pushed from the "garage" area. These people are standing on the walkway looking down at the garage area. 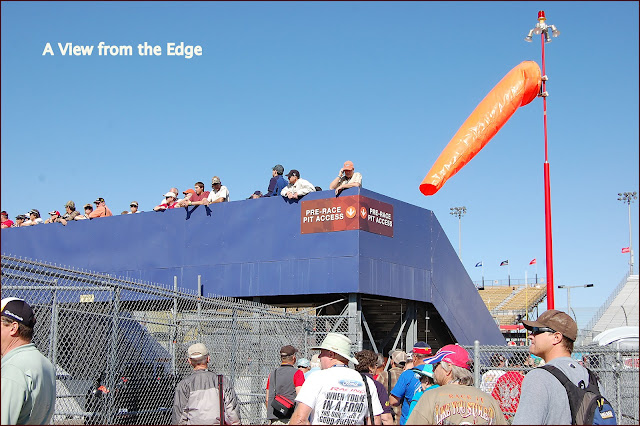 And this is what they are looking at.....all the semi-trucks that carried the cars and the work area for the cars. Pretty cool! 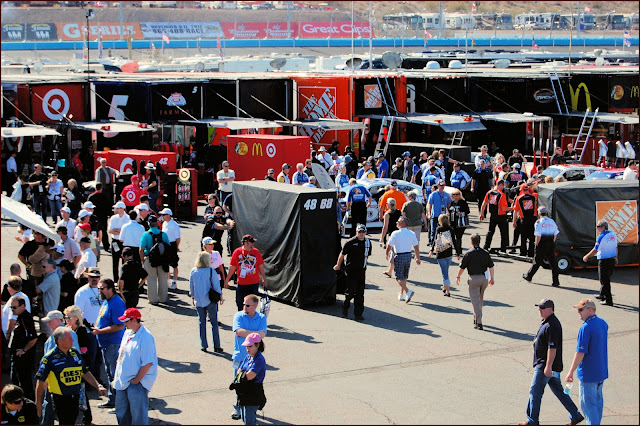 Just ONE of the many semi's that I saw. 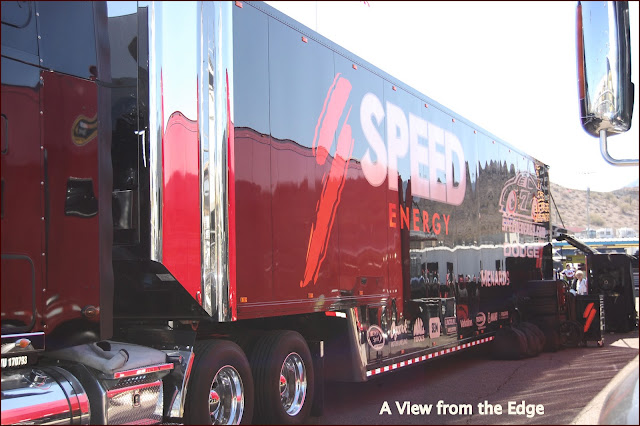 Viewing booth where the announcers sit. 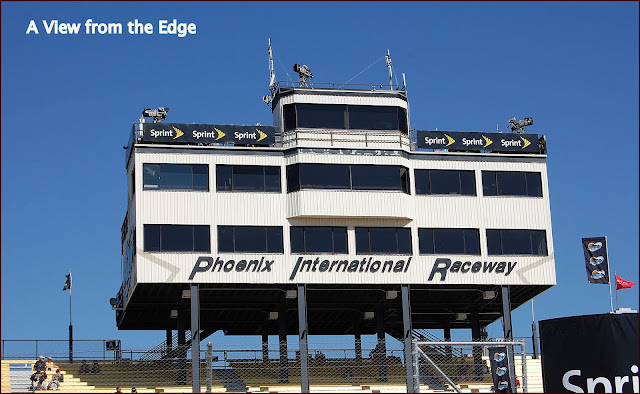 Crew pushing race car out onto the track. 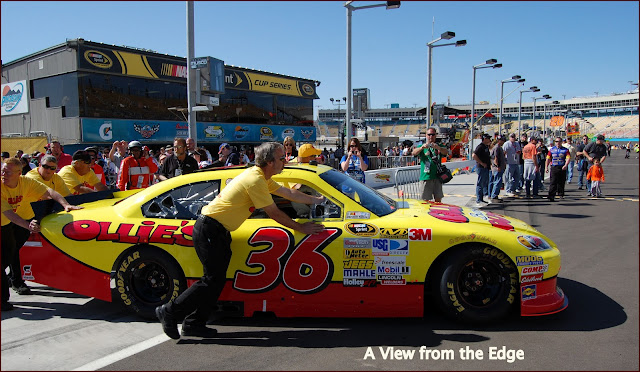 Jason standing on the race track with the cars in the background. 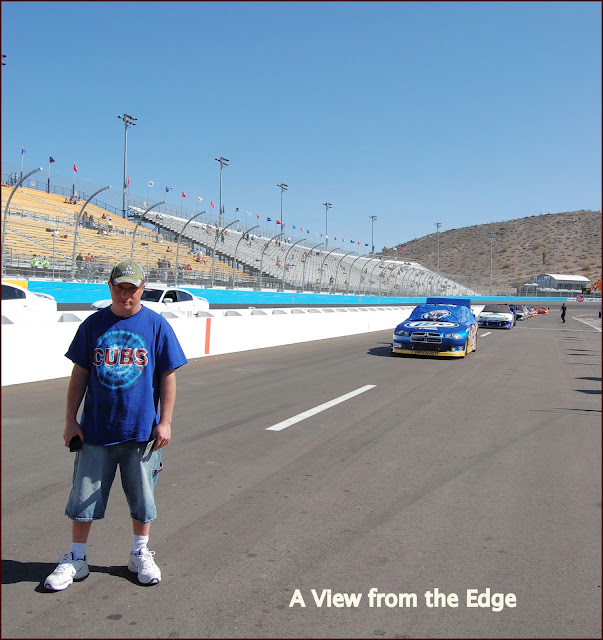 Bringing another car out to the track. 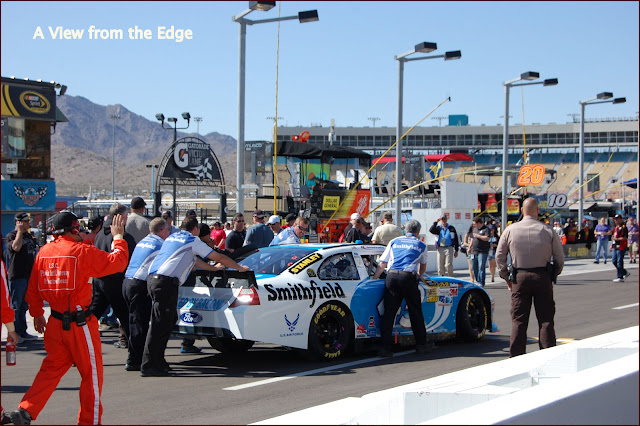 Jason signed both our names on the wall. Here's a close up. 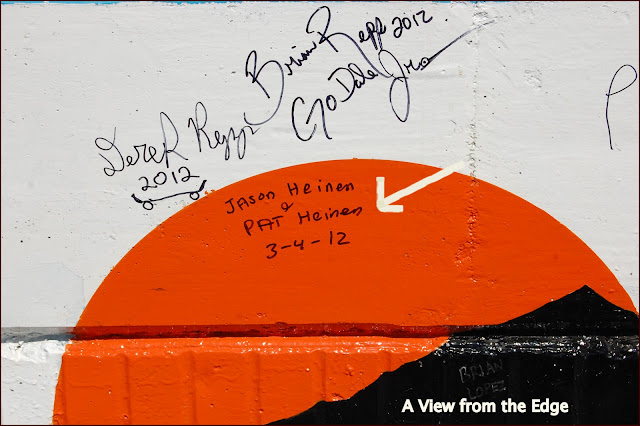 And here's a long shot. 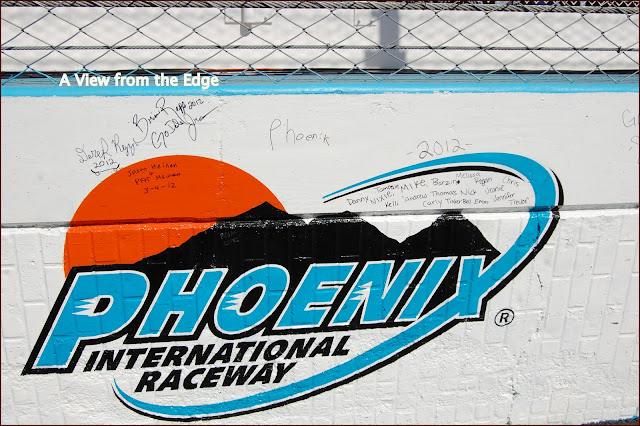 Jason signed his name on the racetrack, too, along with hundreds of other people. 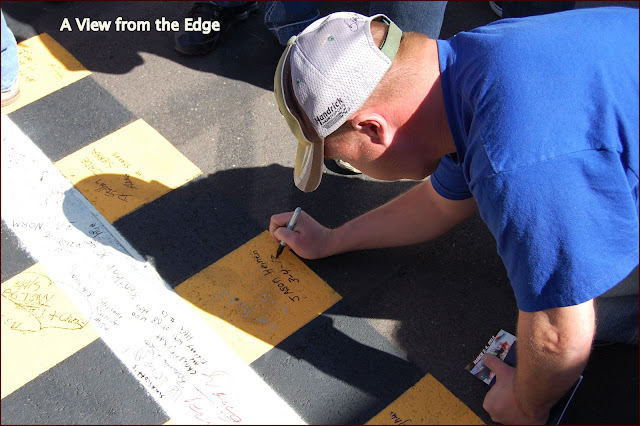 There was a couple kneeling to my left, signing their names. All of a sudden the guy whipped out an engagement ring. I immediately snapped a photo. What I didn't understand is that she already had a ring on her finger. He said something about "upgrading". The first one seemed nice. The second one? Yowzer! 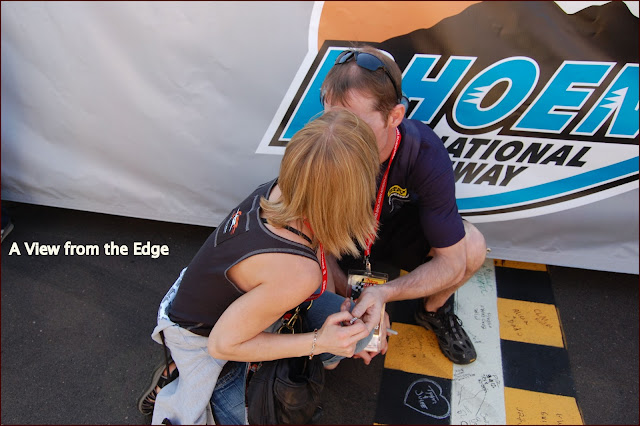 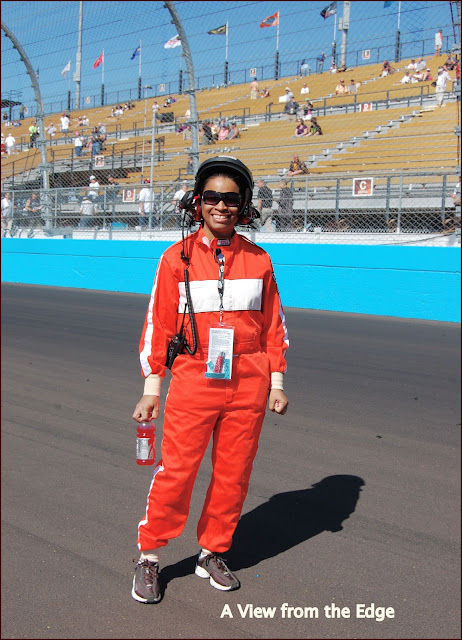 I'm not sure what this person does, but I'm assuming that's a flame retardant suit. And I bet that it was pretty warm - especially in the 85 degree heat that day!

TO BE CONTINUED ON FRIDAY ( Wednesday - Signs, Thursday - Things in a row)
Posted by Pat at 11:19 PM

I know you had fun, Pat. More fun than Jason? I have not been to a NASCAR race since 1955 at the Nebraska State Fair. They raced Ford Thunderbirds and Hudsons then.

From 1953 to 1956 when I went into the Army we had a Modified Stock Ford. It was a 1934 three-window couple. We had a driver but I drove ocassionally. Of course I had a pit pass but had to work. We worked hard when we worked.
..
I came to see your signs. Perhaps I might do them soon.
..

Ooh Pat, you lucky thing. This post brought back so many memories. Too many years ago I was an avid racing car fan and loved visiting the pits. I was mainly interested in Formula 1 in those days and once was actually taken round the track. Wowee,did my head after that experience, even though we went round real slow.

What a fun time with your son!

what a cool experience...went to the one in charlotte a few years ago...a pit pass too how awesome!

YOU are KILLING ME!!!! Oh man! I am SO JEALOUS! And Pit Passes to boot!

Looks like you had a great time! :) Wonder how I missed you in the crowd as I was watching on TV??? LOL

Wish I was there!

It looks like you all had a great and fun time. Really nice photos also!

I bet you all had a fun - and long - day!
I must look up the difference between F1 and NASCAR.

What a fantastic series of shots of this event, Pat!

How exciting. My father used to work in the pit and I loved going with him!